A copy of this CV can be downloaded in PDF format. 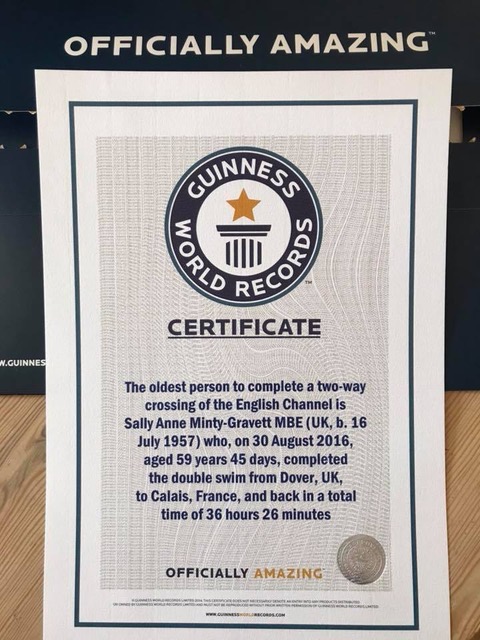 1978 Presented to Her Majesty The Queen (along with 4 other Jersey Channel swimmers)
Swam from Jersey to France 14 miles – current record holder.

1984 Returned to live in England

1985 Swam The English Channel for the second time (15 hrs 3 min) – England to France. This created a new world record – with brother David; they became the only brother and sister in the world to have swum the Channel twice.

2002 NPLQ – successfully ran a course for 10 candidates – all passed, and I passed also

2003 Began employment with Serco UK as ‘Head of Aquatic Development’ at new pool in St Helier Jersey. Closed doors at Swimrite after 10 glorious and successful years…needed to move onwards and upwards

2005 Swam the English Channel for the fourth time (13hrs 25min) becoming the only woman in the world to have swum the Channel in four sequential decades.

2006 SWAM THE CATALINA CHANNEL, 21 MILES – IN CALIFORNIA 9HRS 51 MINS – ONLY 2ND BRITISH LADY TO DO SO AND 4TH BRITON
**INDUCTED INTO THE INTERNATIONAL MARATHON SWIMMING HALL OF FAME IN THE USA for 4 Channel swims in 4 Decades**

2016 AUGUST 29-30TH – 2 WAY ENGLISH CHANNEL 36HRS 26MINS
Oldest lady to complete this challenge! 17th Lady out of 30, 2 way swims – and the 3rd longest marathon swim on record!
Swim video is on YouTube: https://youtu.be/YAFUXm9DMhE
Also, became one of Jersey’s Ambassadors for Tourism the video clip can be seen here: http://jersey.com/meet-sally

1972 Started assisting with and teaching swimming. Swim teaching continually from 1972 to current time.

1990 – to date. Actively trained at least twenty successful Round Jersey swimmers (41 miles) and ten successful English Channel conquerors. (With another three Channel and nine Round Jersey aspirants in training as of 2002) Plus 6 more in 2005!

2018 Travelled to Symi Island in Greece to Swim Guide for 2 weeks, for Strel Swimming Adventures

PUBLIC PRESENTATIONS (Not easy in Jersey!)

1997- Royal Visit of Princess Michael of Kent for local Bacup Cancer charity.
Demonstration of ‘Senior Aquafit’ (Would love to do more presentations.)

COURSES (which I have personally organised.)